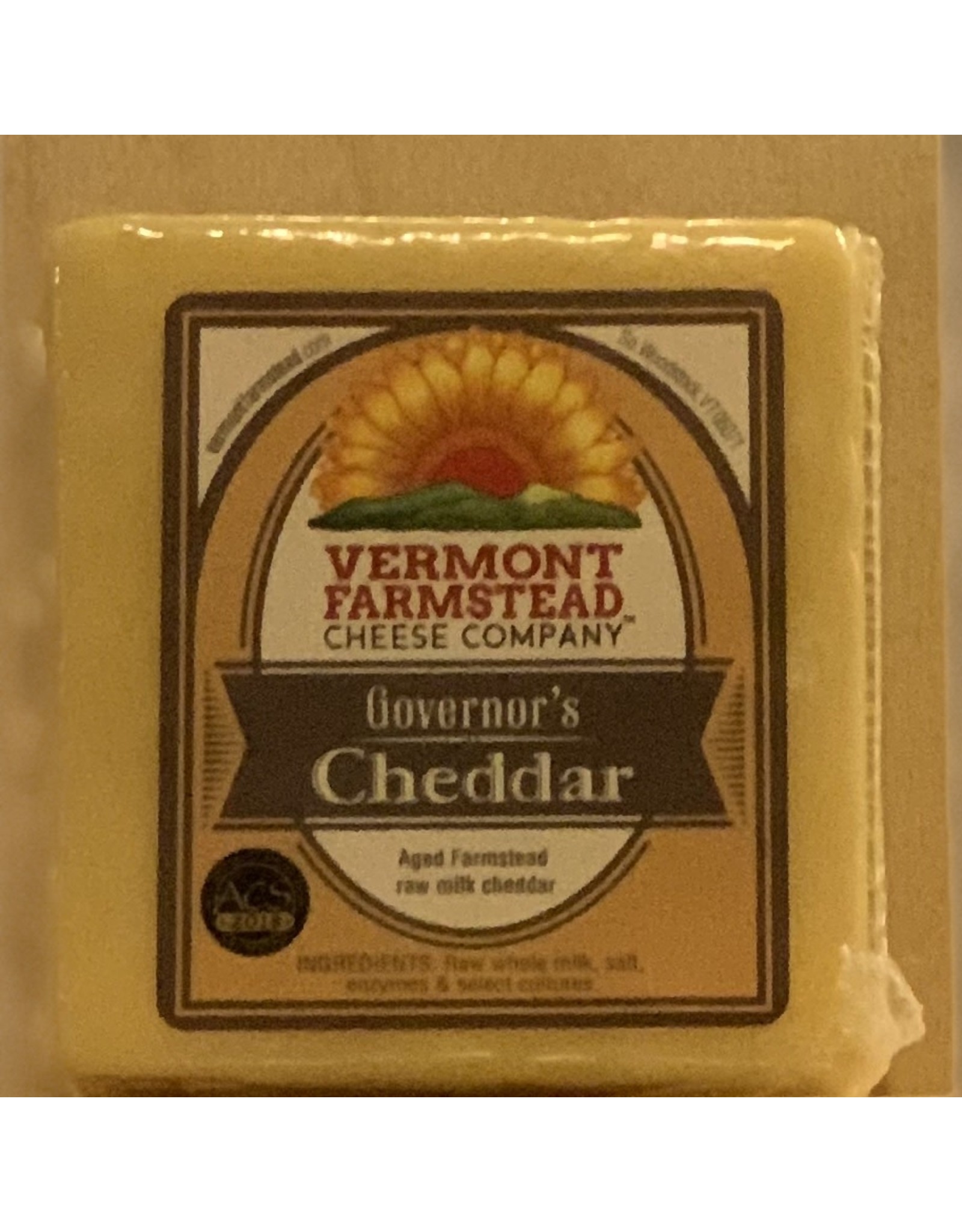 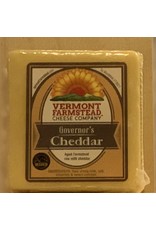 Governor's Cheddar is the sharpest cheddar, and is an annual winner at the American Cheese Society Awards. This Farmstead Cheddar is aged for over 1 year and was named to commemorate a visit by Vermont Governor Peter Shumlin to our cheese room. Subtle honey note and lush butter and fruit tones balance the cheddar bite and tyrosine crystals.

Vermont Farmstead Cheese Company began as a community effort to preserve a picturesque 18-acre dairy farm in South Woodstock, Vt in 2009.  Passionate residents raised money to purchase the land, buildings and equipment in hopes that it would remain a dairy farm. With the generous contributions and tireless efforts of an entire community, our dream was realized and Vermont Farmstead became the first community-owned artisan cheese and dairy facility in the state.