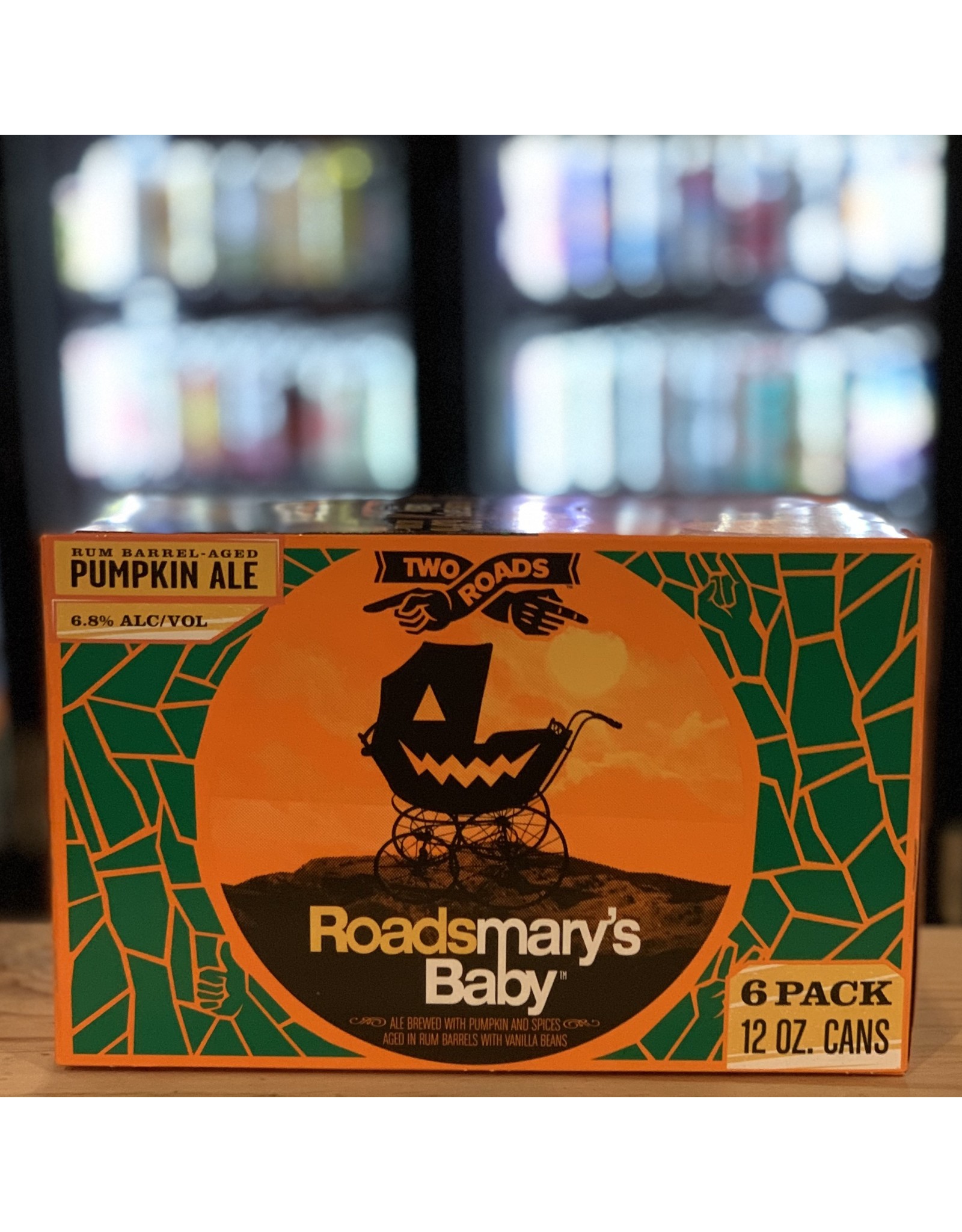 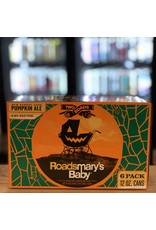 Roadsmary’s Baby is a traditional pumpkin ale with a Two Roads spin, it's aged in rum barrels for added complexity and depth of flavor. The result is a smooth drinking ale with notes of pumpkin, spices, vanilla, oak and a touch of rum.

Two Roads Brewing Company was founded in 2012 by four friends who dreamed for years of starting a craft brewery. Two Roads foster a “road less traveled” philosophy in the beers they make and how they make them. In that spirit, Phil Markowski, their award-winning Brewmaster and 27-year craft beer veteran has created an extensive lineup that takes a unique twist on classic beer styles. Two Roads was named one of the ten best breweries in America by Paste Magazine and has won many awards including gold for Belgian Lambic style Ale in 2016 at the Great American Beer Festival.

Two Roads isn’t just the logo on their brewery building, it’s a philosophy. Life always seems to offer up two ways to go. It just so happens, they prefer the one less taken and having some fun along the way – in their lives, their careers and especially for our beers! Now their “road less traveled” philosophy is being brought to life in the beers that they create and how they create them.