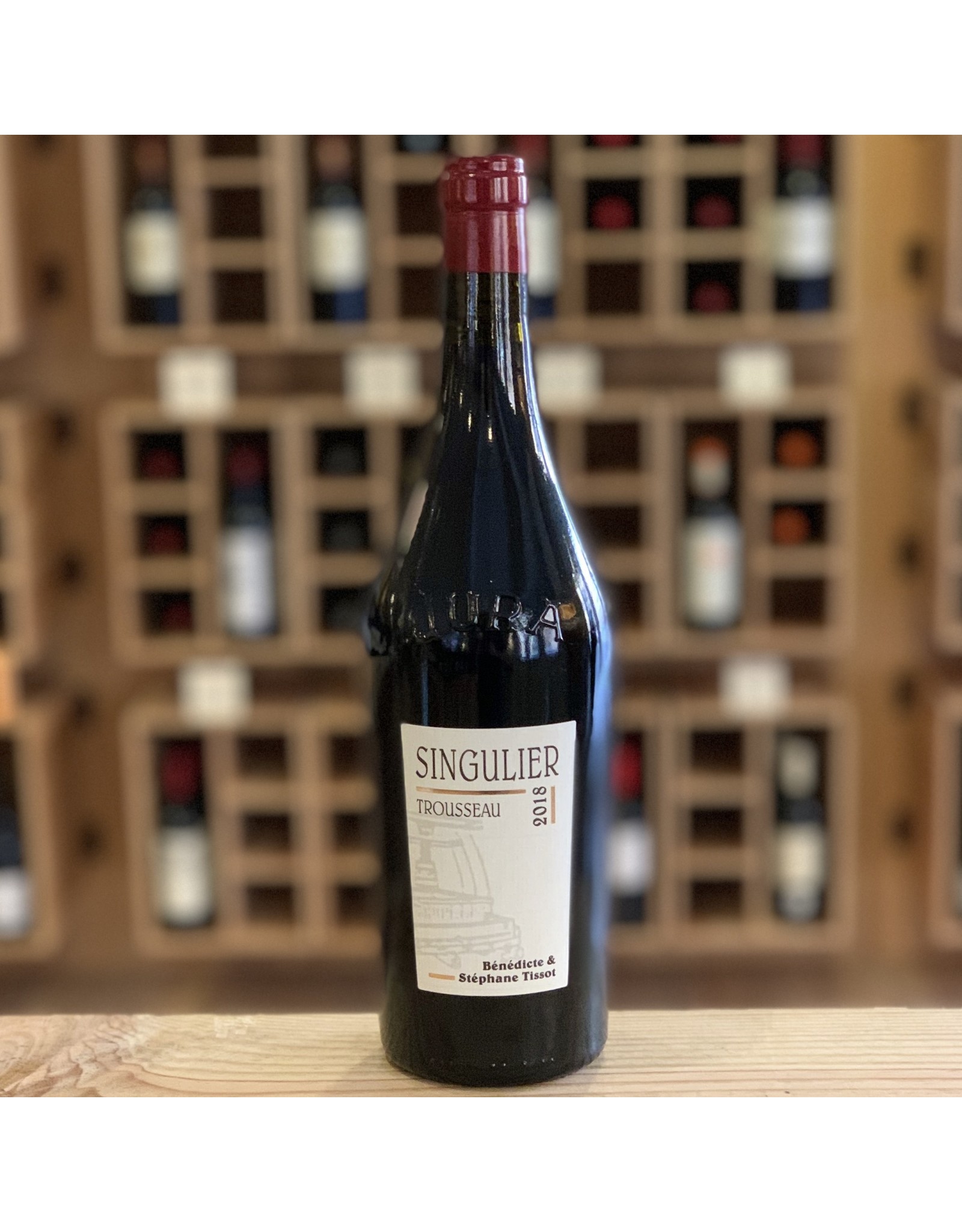 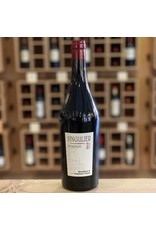 The vineyards for Tissot Trousseau Singulier were planted between 1930 and 2002. They form five plots facing south and west. They are cultivated biodynamically and certified by Demeter, without using chemical products and are fertilized with compost produced by the winery itself. They are harvested manually in order to perform an initial selection of the best bunches in the field and to respect the grapes as much as possible when they are harvested and transported to the winery.

The Tissot Trousseau Singulier harvest is destemmed and vatted for a month in conical vats. Lastly, the wine is aged for one year in large 600 liter barrels, 10% of which are new. Very little sulphite is used during the manufacturing process. The total annual production is approximately 7,000 bottles.

Stéphane Tissot, who grew up on the estate, has been the driving force behind the dramatic resurgence of Jura wines over the last 20 years. André and Mireille, Stéphane’s parents, started the domaine in 1962 - Stéphane remembers cleaning barrels as a kid (small enough to get in them!). His first vintage was 1989 at the age of 19 and his precise work in the cellar was immediately recognized by his peers, as Jura wines were then quite "rustic," nothing like what is made today. Stephane soon stopped adding yeasts for his fermentations and, after meeting Nady Foucault at Clos Rougeard, he began conversion to organic agriculture, one of the first in the Jura. The domaine was certified organic in 1999 and biodynamic in 2004 and new plantings were all done with massale selection rather than the clones then used throughout the region. He produced his first "Chardonnay de Terroir" in 1997 and In 2000 he was able to purchase great parcels in Les Bruyeres, La Mailloche and Chateau Chalon. "Our biodynamic work in the vineyards gives us pleasure and enables us to vinify our wines in a natural way that reflects our terroirs and our work, far from the industrial techniques that banalize wine." Stephane's energy, intelligence and hard work have helped transform the Jura from a vinous backwater into one of the world's most exciting wine regions.