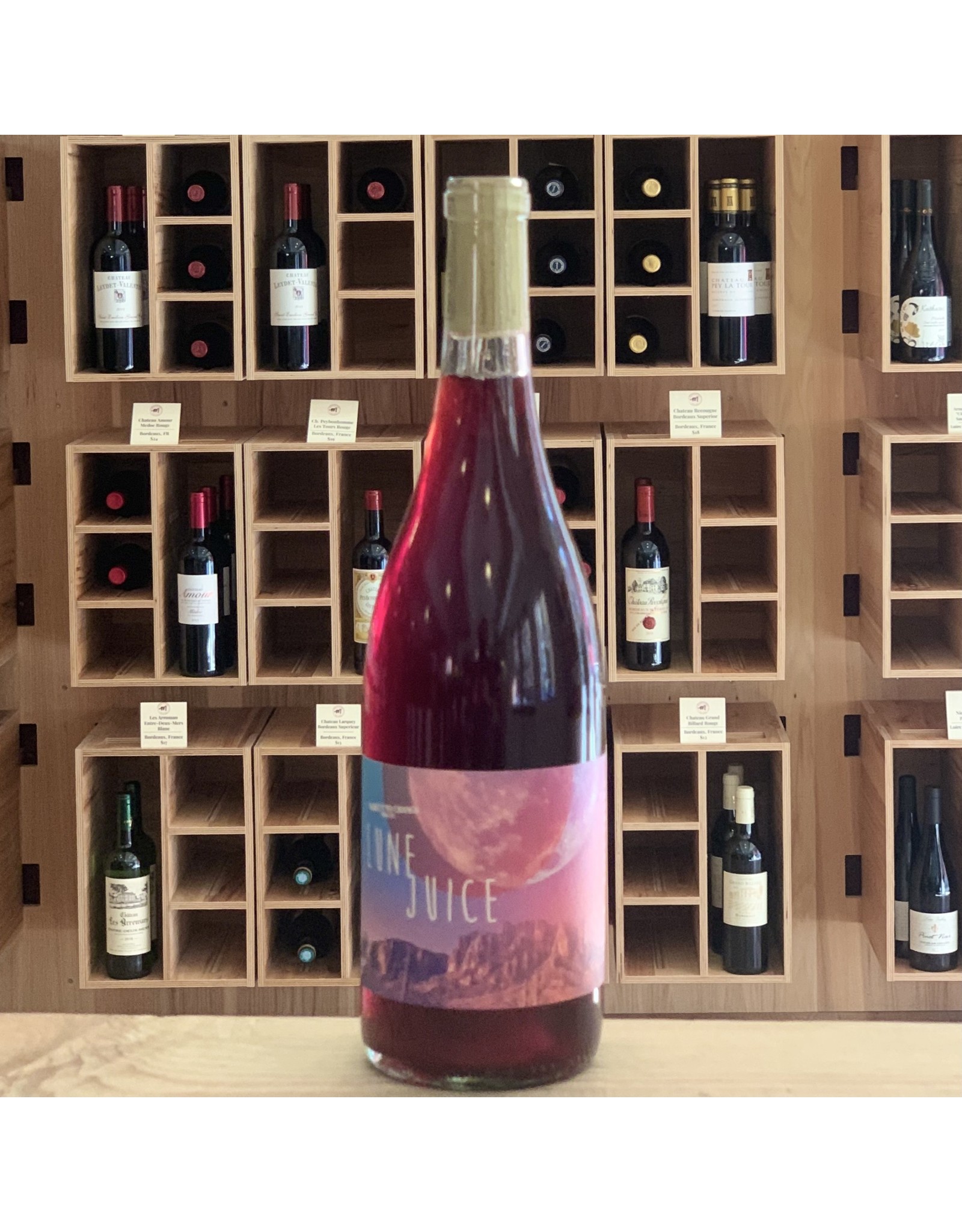 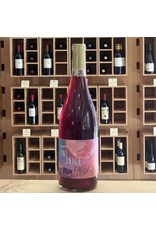 Subject to Change's version of a nouveau, this 100% carbonic Zinfandel is so easy, so crushable, you'll love it to the moon and back! Light enough to take a chill (which is highly recommended!), but with enough body to pair with a meal.

Planted in the 1980s, organically-farmed Hillside Vineyard in Talmage sits right above the City
of Ten Thousand Buddhas. CCFO certified, the vines are head-trained and planted on loam. Managed and farmed by Humberto Nunez, Hillside has become a cornerstone for Subject to Change.

This vintage of Lune Juice is essentially a combination of four different fermentations. The first
pick of the Zinfandel was split into two. Of those two, the first half underwent carbonic maceration. Whole clusters were uncrushed, sealed in 7000L tanks without pumpovers or punchdowns, pressed after two weeks and fermented in tank. The second half was “reverse saignée” (where half was pressed to rosé and added to a fermenter of uncrushed whole clusters - thereby reducing both the amount of skins proportionate to the juice and, as a result, tannic extraction).

The second pick of Zinfandel was also split into two.  Of those two, the first half was foot-crushed
whole-cluster, then left alone for five days without pumpovers or punchdowns, then pressed to tank for
fermentation. The second half underwent carbonic maceration. All four fermenations were blended into a 7000L neutral oak foudre for a six month elevage. As always, bottled unfined, unfiltered with no addition of SO2.