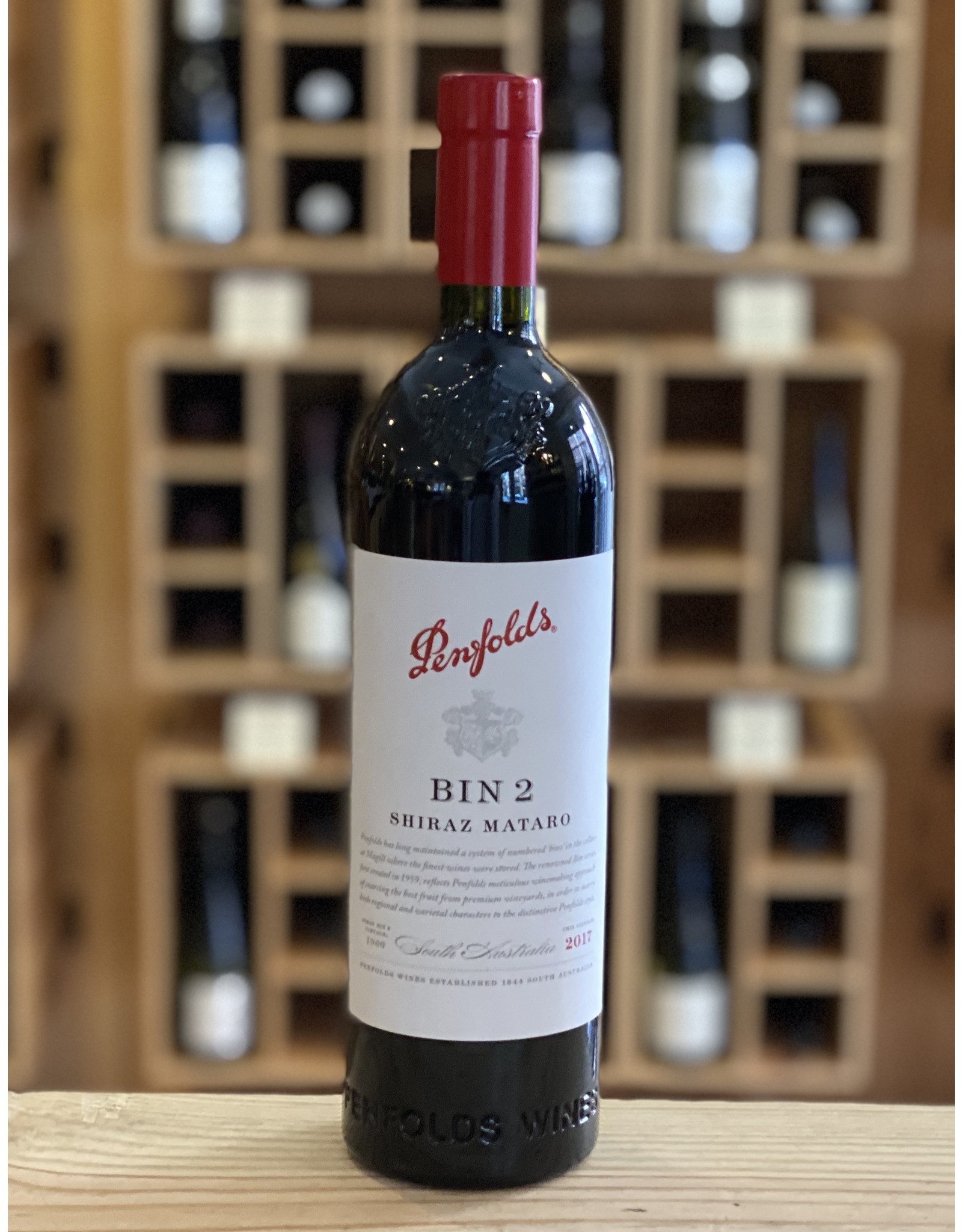 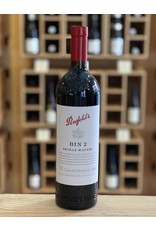 Varietals: 82% Shiraz and 18% Mataro (also known as Mourvedre or Monastrell)

12 months in seasoned French and American oak barrels, this wine shows a deep plum red color, with scents of black olive and dark black cherry laced with mixed spices/herbs. Mataro’s green tea-leaf characters are immediately apparent, as is its inky palate imprint. Evocative Shiraz fruits and savoriness dominate the mid-palate, making this a wine that is refreshingly medium-bodied, and enticingly textured.

Penfolds has long been cherished by wine-lovers the world over. Founded in 1844 by a young English doctor, Dr Christopher Rawson Penfold, vine cuttings from the south of France were planted around the site of the modest stone cottage he built with his wife Mary at Magill, on the outskirts of Adelaide. Bin 2 was released in 1960 yet was discontinued in Australia in the 1970s at the height of the white wine boom. The original Bin 2 was an ‘Australian Burgundy’ style (despite its Rhône varieties) – typically a soft, medium-bodied wine based on Shiraz. The Bin 2 blend of Shiraz and Mataro is still relatively uncommon in Australian table wines.