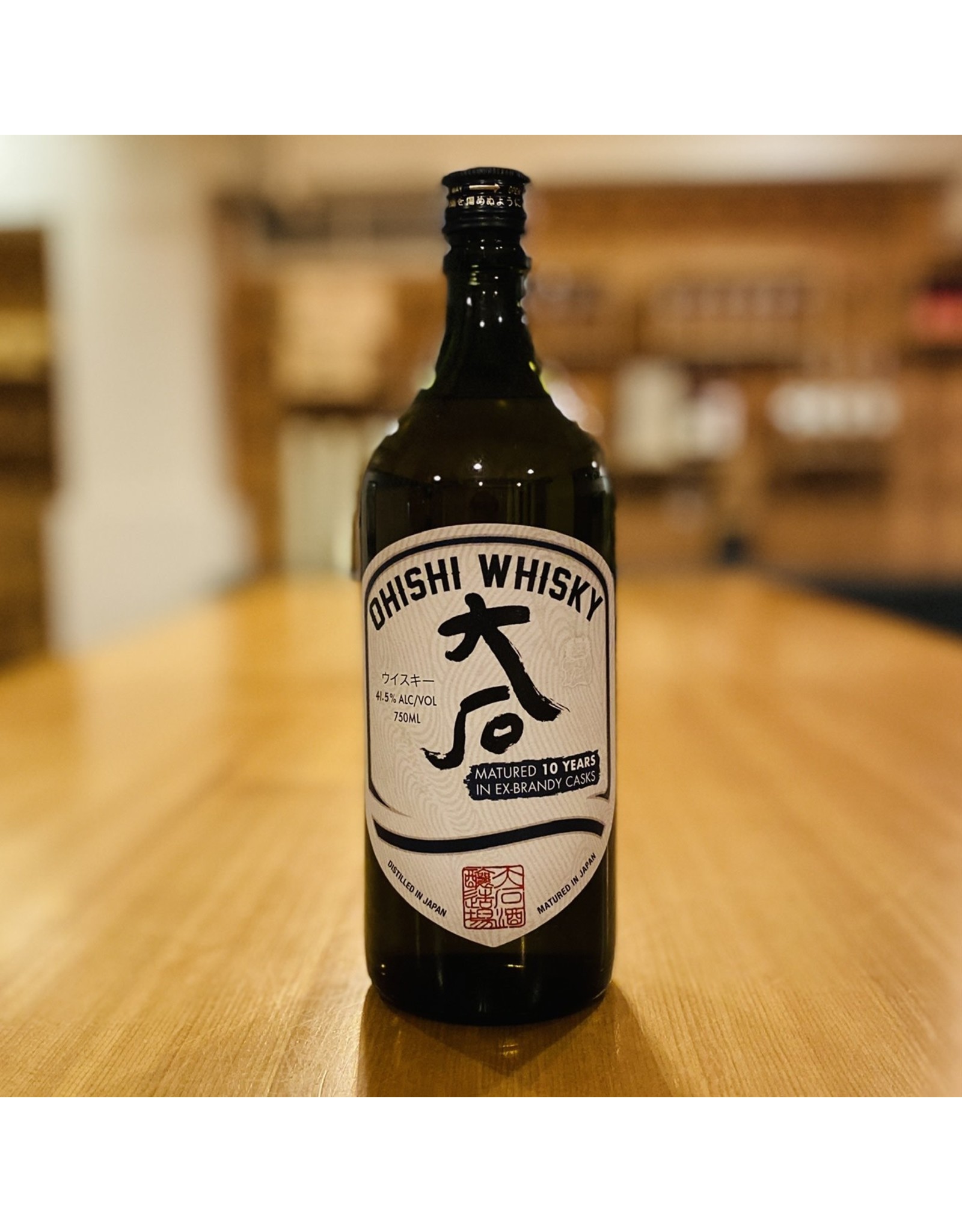 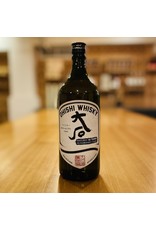 Ohishi Brandy Cask Whisky is a marriage of just a few casks of whisky that have been matured in ex-brandy barrels. The brandy casks give an elegance of soft oak, vanilla, pineapple and a touch of oxidation and rancio that compliments the silkiness of the rice in a very complex manner.

Ohishi was founded in 1872, located near Kuma River, the fastest flowing river in Japan in the SW of Kumamoto.  Unlike other Japanese whiskies which have their production techniques rooted in the Scotch single malt tradition, Ohishi utilized malted and unmalted rice instead of barley. Rice can’t be malted. So, “malted” in this context refers to rice inoculated with kome-koji, a mold also used in sake production.
Because of the rice’s efficient and subsequent clean fermentation, Ohishi uses a stainless steel pot still. It is not “Whisky” by Japanese law because they are made from rice and they are not considered shochu because it is aged (not clear in color).