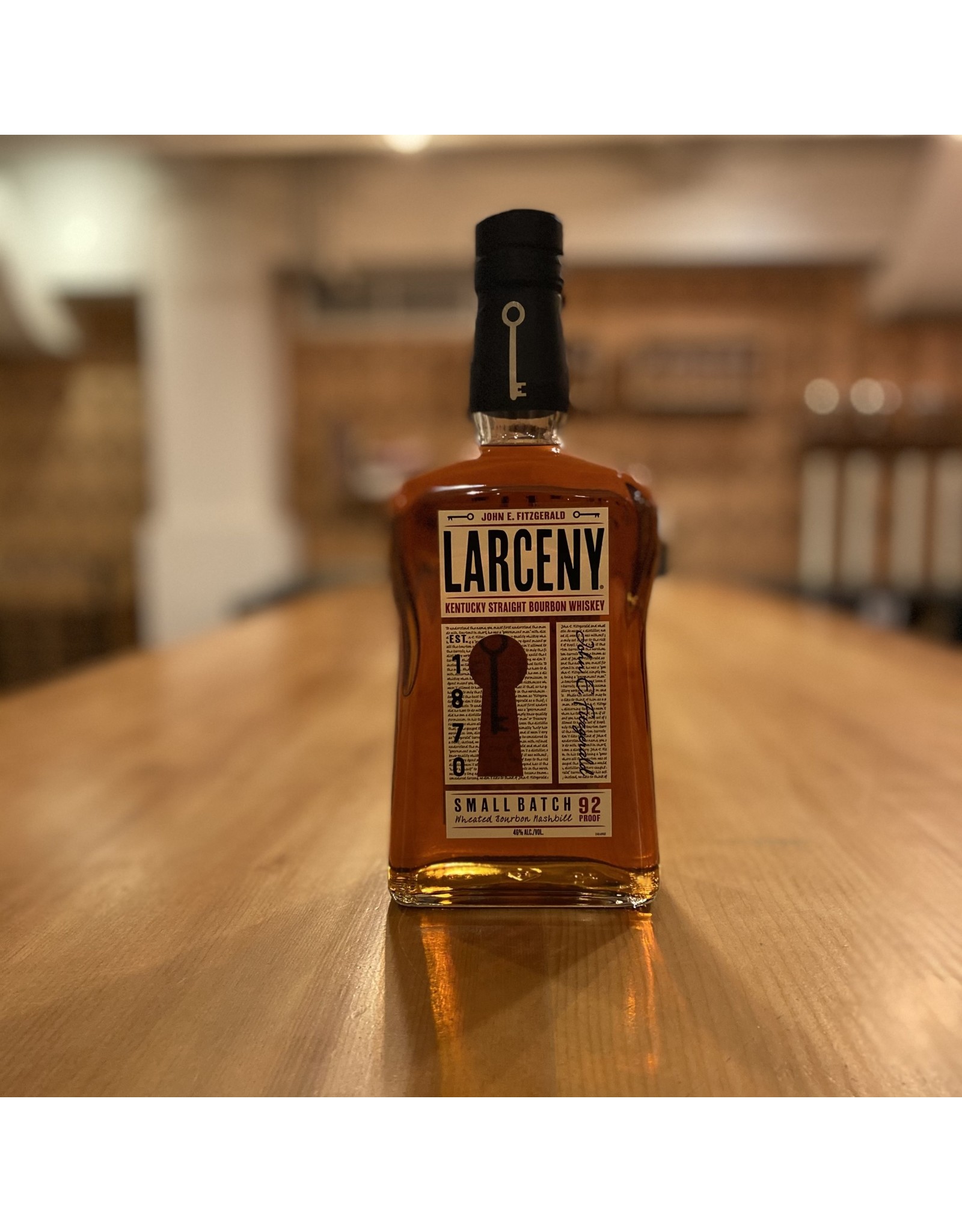 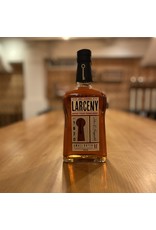 Made with wheat instead of rye as the secondary grain, Larceny’s signature Wheated Bourbon delivers a smoother taste that’s hard to resist.

Larceny Kentucky Straight Bourbon has its origins in the long and colorful history of John E. Fitzgerald and the Old Fitzgerald brand. According to lore, John E. Fitzgerald built a distillery on the banks of the Kentucky River in the 1870s and sold his fine Bourbon to rail lines, steamships, and private clubs. The Old Fitzgerald brand was first registered in the 1880s by S.C. Herbst and was eventually sold to Julian P. “Pappy” Van Winkle during Prohibition. Pappy moved production of Old Fitz to his distillery where it became the first great wheated Bourbon and eventually one of the most famous Bourbon brands in the world.