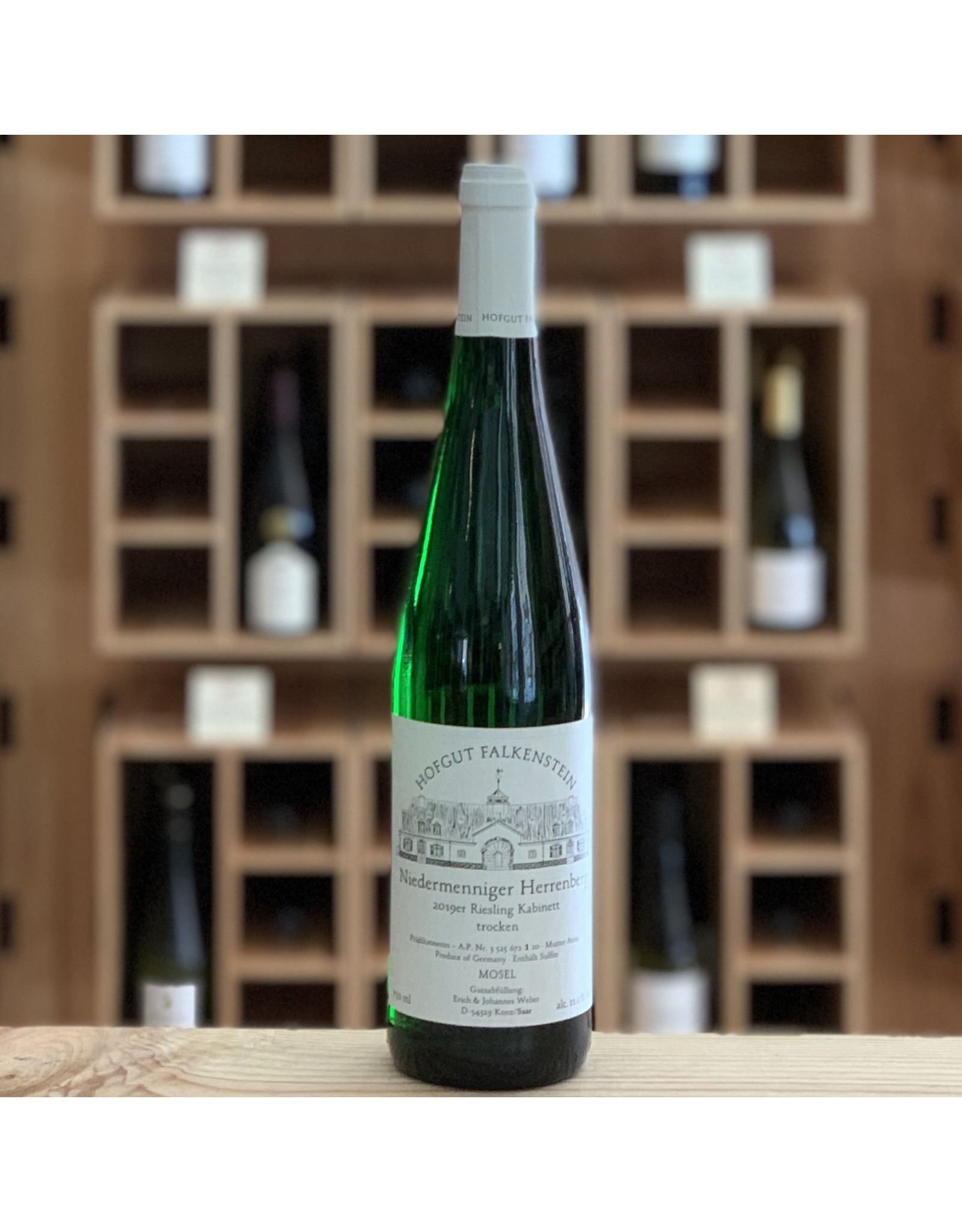 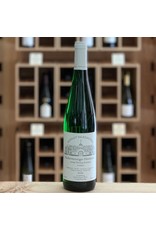 The dry Kabinett from the Niedermenniger Herrenberg is a classic acid accentuated Saarriesling. Striking, tangy, almost biting. That is the Saar and only the Saar can do that. Uncopyable!

Erich Weber has devoted his life to growing grapes, mostly Riesling but also some Pinot Blanc and Pinot Noir, on the steep slopes behind the towns of Niedermennig and Krettnach, in Germany's Saar River valley. In 1981, when there was virtually no demand for authentic terroir-driven Riesling, Erich began making wine at Hofgut Falkenstein. Today, he and his son Johannes make wine in much the same way: everything is done by hand, no pesticides or herbicides are used in the vineyards, contiguous plots of vines are vinified and bottled separately, old neutral barrels raise their wines, and nothing is added until bottling, when a minimal amount of sulfur is added. Ancient Northern European tribes introduced the Romans to wood barrels, and the Romans used sulfur to preserve wine; if there was ancient wine being made in Falkenstein's neck of the woods, we might imagine it to be similar to what we've got in the bottle from Erich and Johannes today (ummmm, there probably would have been some skin contact, soooo no).