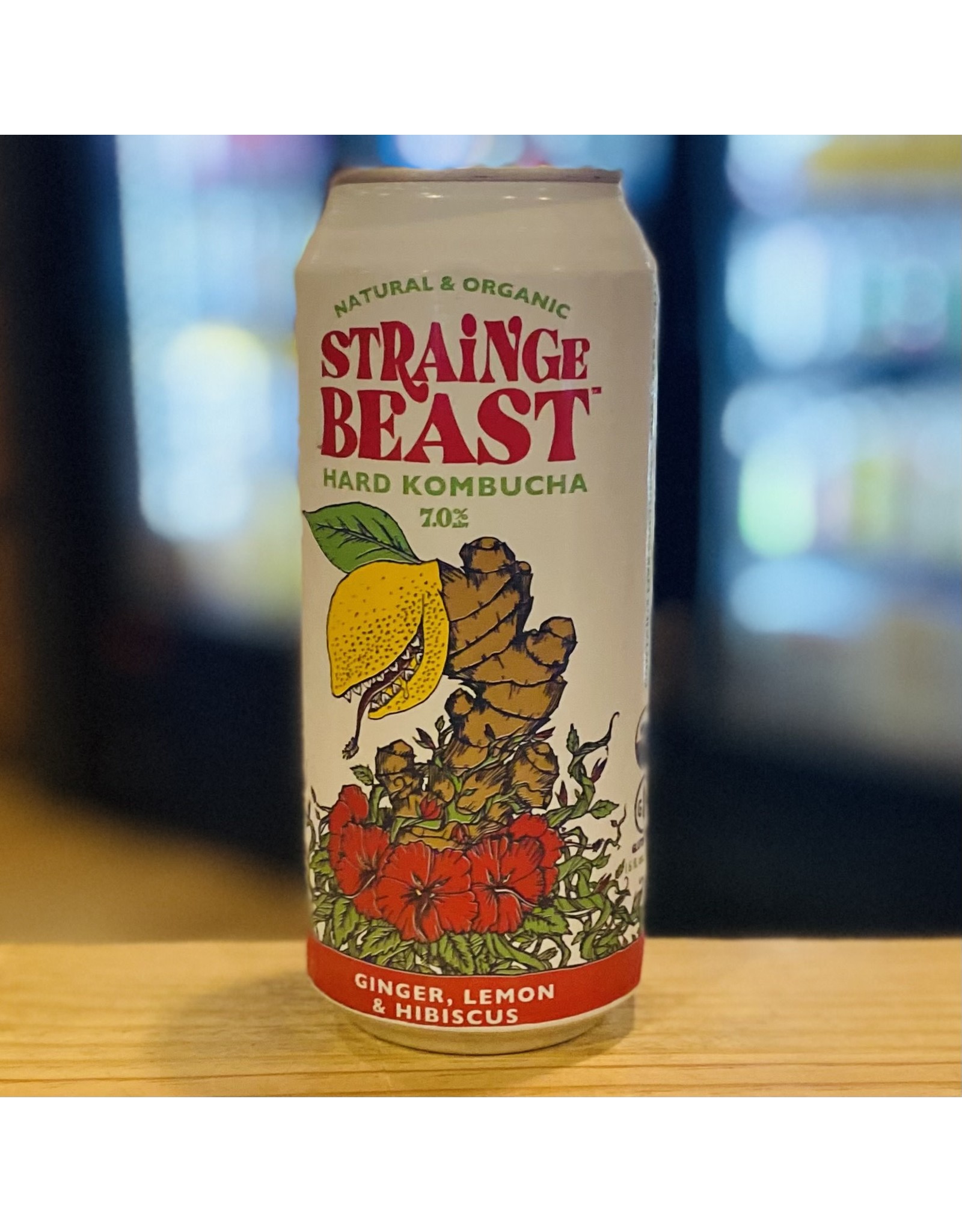 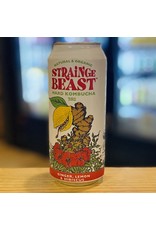 Perched atop a spine of spice,
The citrus jaws they chatter.
And pretty blooms, don’t be fooled,
It might be you they’re after.

STRAINGE BEAST set out on a journey to find the best ingredients, capture the wildest cultures, and explore the tastiest yeasts. They have adventured every orchard, every field, and left no SCOBY unturned until they held the perfect harvest. Then they formed it, crafted it, and shaped this oddly yeast into a hungry beast. As it grew, Strainge Beast fed it bits of ginger, bunches of lemons, and heaps of hibiscus. Thrashing with bold and bright flavors, the beast broke free. Will you feed your curiosity, before curiosity feeds on you? CHICO FERMENTATION PROJECT Strainge Beast is rooted in a lifelong love of fermentation—its art, its madness, its taste. The creatures emerged at Chico Fermentation Project, an offshoot of Sierra Nevada Brewing Co. Here their brewers, with their wild imaginations, chase ideas and take on beastly challenges. And hard kombucha happens to be one helluvan undertaking. Alongside natural, organic fruits and botanicals are unwieldy strains of bacteria and yeast. It’s a tricky fusion, a Strainge Beast indeed, but that’s their sweet spot. The thrill of creating, of taming unruly science, defines our history of craft brewing excellence.