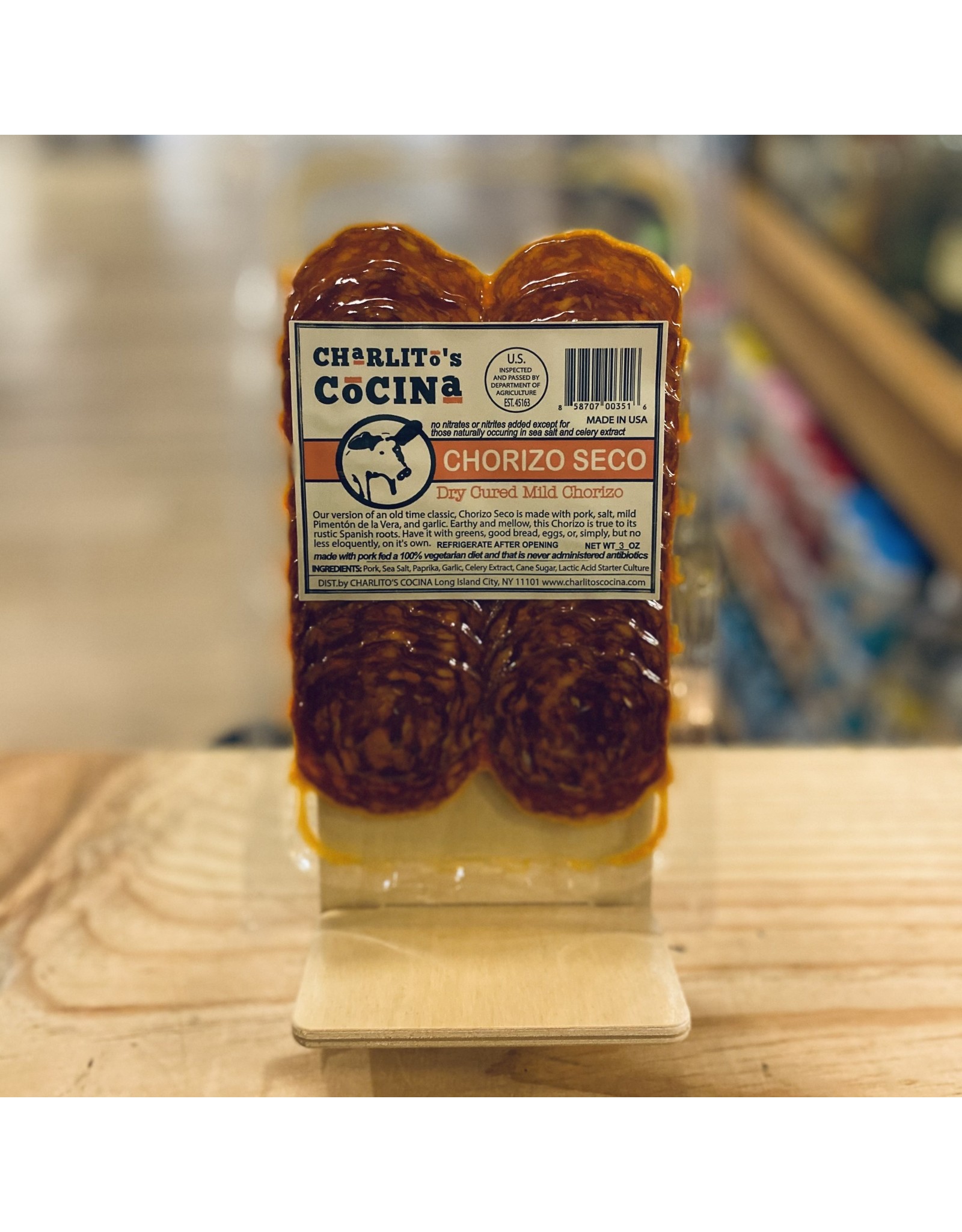 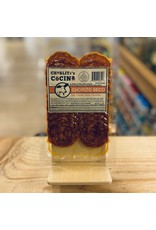 Charlito Cocina's version of an old-time classic is made with heritage-breed, pasture-raised pork. It Is seasoned with beautiful sea salt, mild paprika, and garlic. Subtle and earthy, this Chorizo is just powerful enough, without overpowering. Have it with greens, a nice baguette, or, simply, but no less eloquently, on its own. Dry-cured for up to three months. Not heat-treated or smoked.

Charlito’s Cocina began in 2011, inspired by a desire to preserve the food preservation tradition of curing, as well as the goal of making high-quality cured foods more accessible. Specializing in dry-cured salami, their products are simple and made with the best ingredients they can find, with a technique that has survived and evolved through generations.