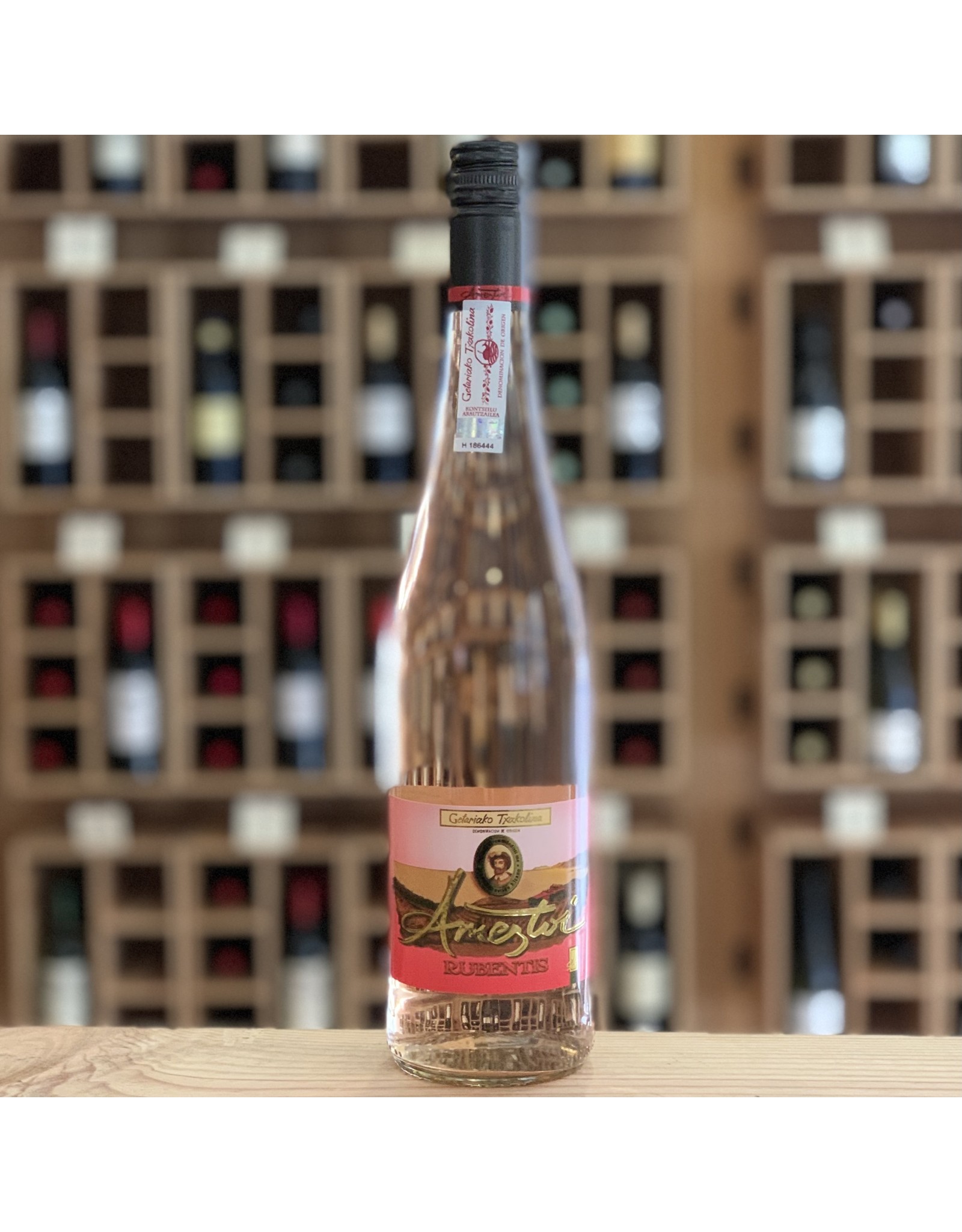 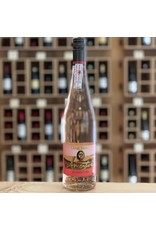 A fresh and casual rosé, fine and elegant with a strawberry and cherry flavor.

A field blend of the local, indigenous hondarrabi zuri and hondarrabi beltza varieties, grown on traditional trellises high on the slopes rising above Getaria, an ancient Basque fishing village on Spain’s rugged northern coast. In the 2000s, when almost all of the other local wineries gave up on the indigenous red hondarrabi beltza vines, the Ameztoi family retained their old vines, in turn, lending their rosé such exceptional vibrancy and complexity. Rubentis, the region’s first pink wine, was inspired by the historic claret style wines which were once produced in the area long before the current global craze made rosé famous. The backbone of the blend comes from an old hondarrabi beltza vineyard planted in 1840, preserved by the Ameztoi family for generations. Ameztoi Rubentis is an authentic original, a wine that is often imitated but never replicated.

After handpicking, hondarrabi zuri and hondarrabi beltza grapes are combined for de-stemming; the white and red grapes are worked together, not separately. After direct pressing, fermentation with indigenous yeast occurs in stainless steel at 15° C for 20 days. Towards the end of alcoholic fermentation, the tanks are closed to preserve the naturally occurring carbonation, which is the preferred style of Getaria. The tanks are then kept chilled to near freezing before bottling, which preserves the wine’s delicate, effervescent character and signature mousse. These attributes are unattainable through shortcuts such as force-carbonation, which Ameztoi has never employed.